The first in a series of play readings

Leawood Stage Company is pleased to present a virtual reading of Anton Chekhov’s The Cherry Orchard. This is the first in a series of readings that give community actors a chance to read classic scripts and audiences to hear well known plays.

Our outstanding group of performers, coordinated by Chris McCoy and Carrie Lenahan, will help you escape the limits of the coronavirus from the comfort of your home.

First produced in Moscow in 1904, The Cherry Orchard still stands as one of the great plays of the modern era. Anton Chekhov’s masterpiece is about a family on the edge of ruin in a country on the brink of revolution. Often considered a comedy, we see the humanity and folly of this family as the world changes around them.

Before the Chiefs game, watch the actors read this classic!

Keep tabs on the talent!

Share the event with friends across the world and take part in this one of a kind community theater experience.
Stay up to date on our Facebook
Or sign up for our email list 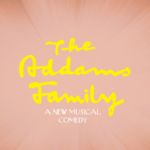