This show was originally scheduled for March 26-29, 2020 yet it was canceled before performances began. We are hoping to perform it in 2021. Stay tuned for more updates!

The Civil War is based on historical accounts; this stunning retrospective covers the emotional landscape of a nation at war. This epic thematic revue puts a human face on the greatest tragedy of American history. It explores the experiences of the soldiers and leaders who fought for their way of life. It also examines the lives of the sweethearts and families whom they left behind, as well as the hopes and fears of slaves. This musical passionately asks us to consider our beliefs about freedom, honor, and faith.

While unable to perform in 2020 due to the COVID-19 pandemic, our cast put together a beautiful collection of their hard work. Check it out!

This show was originally scheduled for March 26-29, 2020. We are hoping to perform it in 2021.
Tell me when dates are announced

Drawing on letters, diaries, firsthand accounts and the words of Abraham Lincoln, Frederick Douglass, and Walt Whitman, The Civil War is a thrilling and awe-inspiring “dramatic theatrical concert.” The original Broadway production was nominated for multiple Tony Awards, including Best Musical, and features an unforgettable score filled with Gospel, Country, Rock and Folk by Frank Wildhorn (Jekyll & Hyde, Dracula, and Bonnie & Clyde).

The Leawood Stage Company is delighted to welcome back Tim Braselton who directed A Little Night Music and directed the music for many other productions for LSC.

Join us for this stunning look at history!

Community theatre is an affordable way to bring the arts to your life. A fraction of typical theatre prices at only $14.99 per ticket, it’s fun for the entire family while supporting the arts in your area!

Thank you to BRR Architecture, our summer presenting sponsor! 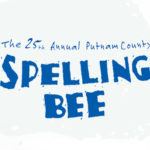 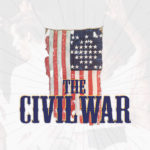